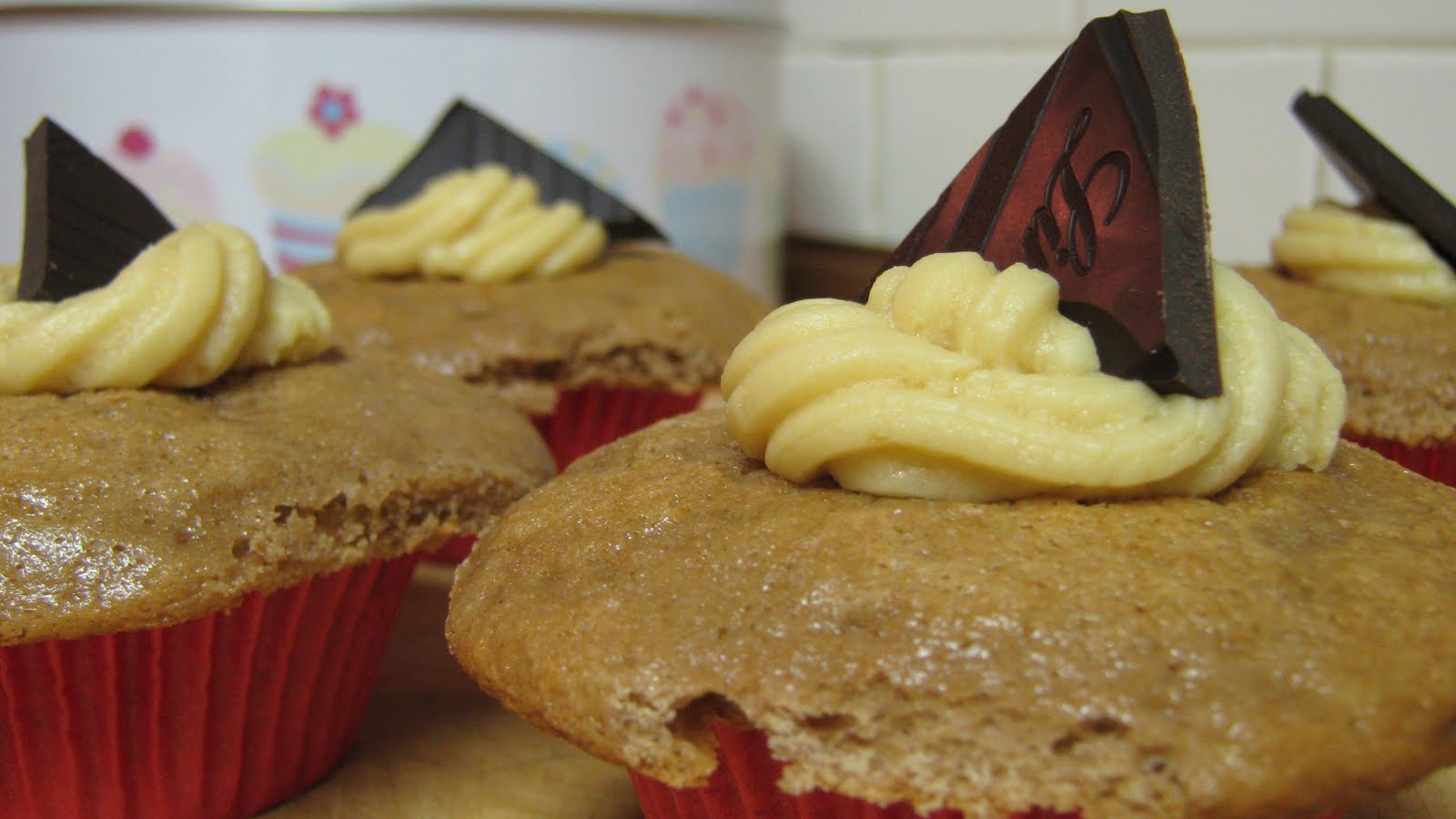 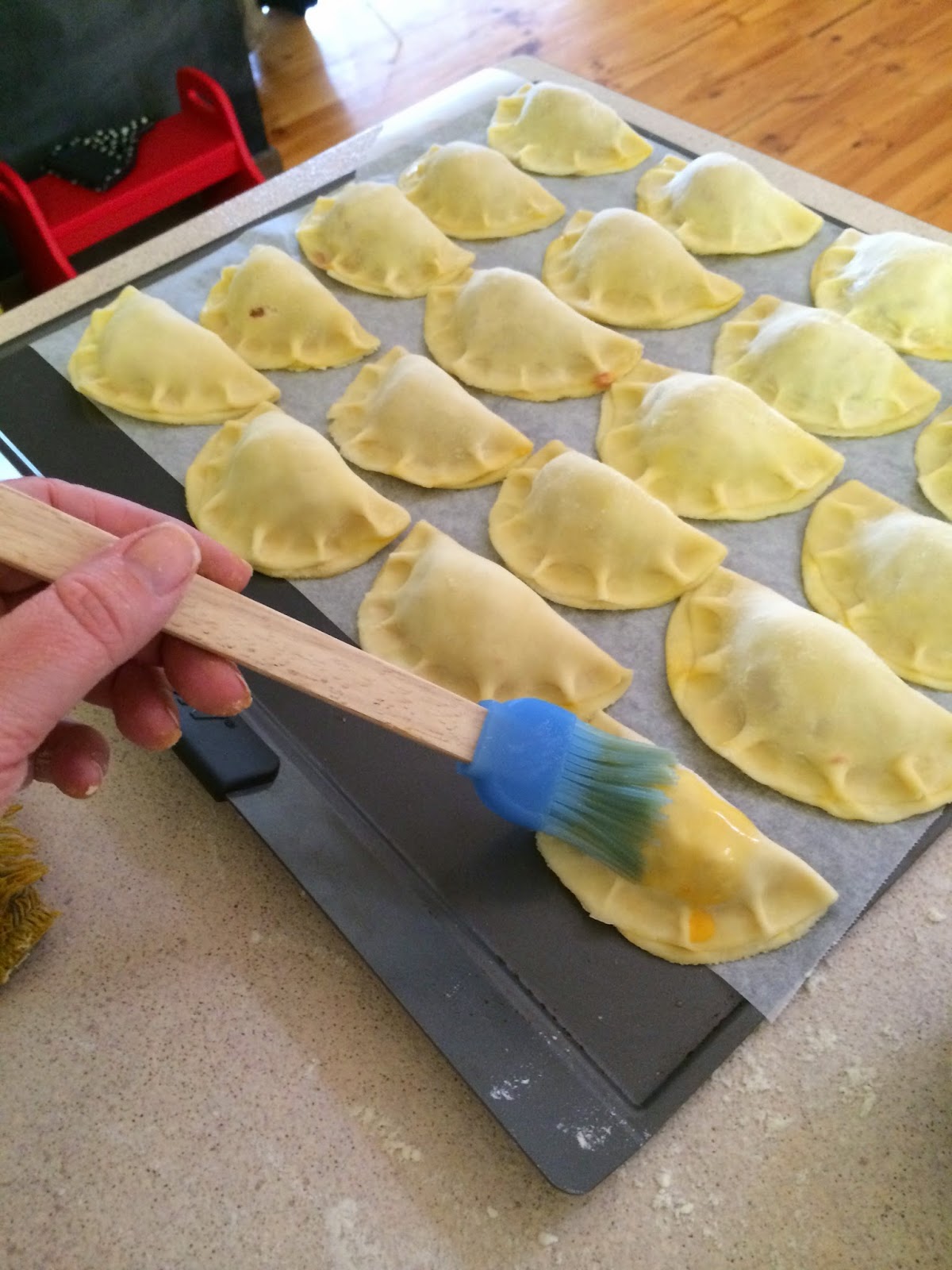 The humble pasty: delicious flaky pastry encasing whatever meaty-veggie goodness your heart desires. This is an adaption of a few different recipes but mostly Maggie Beer's version, except I've changed the flaky pastry to a slightly healthier model and the filling contains apricots and macadamias because ... they're just a winning combo (and I had a handful of leftover macadamias I needed to use).

Put the flour and butter in the food processor and whiz until resembling breadcrumbs.  Add the greek yogurt a few tablespoons at a time, pulsing until it starts to come together as a dough.  You may need to add some ice water to bring it together.  Turn out onto a floured bench and knead lightly until smooth, divide into two portions and shape into discs.  Wrap in cling-film and refrigerate for half an hour.

Put the raw pork mince into a large bowl and put to one side.  Heat the olive oil in a pan and add the onion, salt and garlic, frying gently until opaque.  Then add the cinnamon, ginger, apricots and macadamias, mix and fry until fragrant, then add the wine and let simmer over a low heat until reduced and sticky.  Let cool.

Add the onion mixture to the pork mince and mix thoroughly together with your hands, until well combined.  Set aside in the fridge. 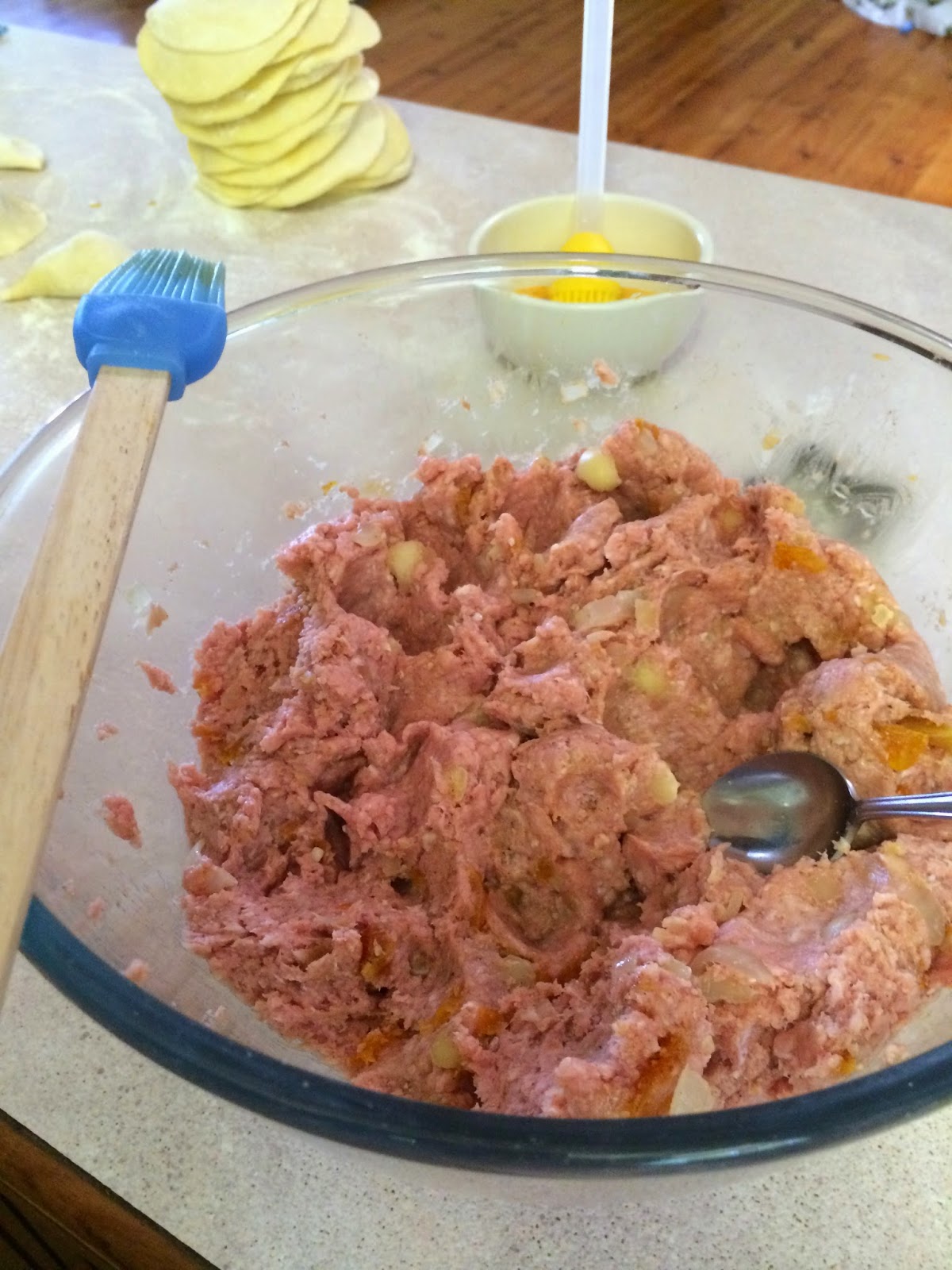 Meanwhile, take the dough out and roll out until about 2mm thin.  Then, using a 12cm round cutter, cut out rounds and put to one side, re-rolling out and cutting until you have little to no dough left. 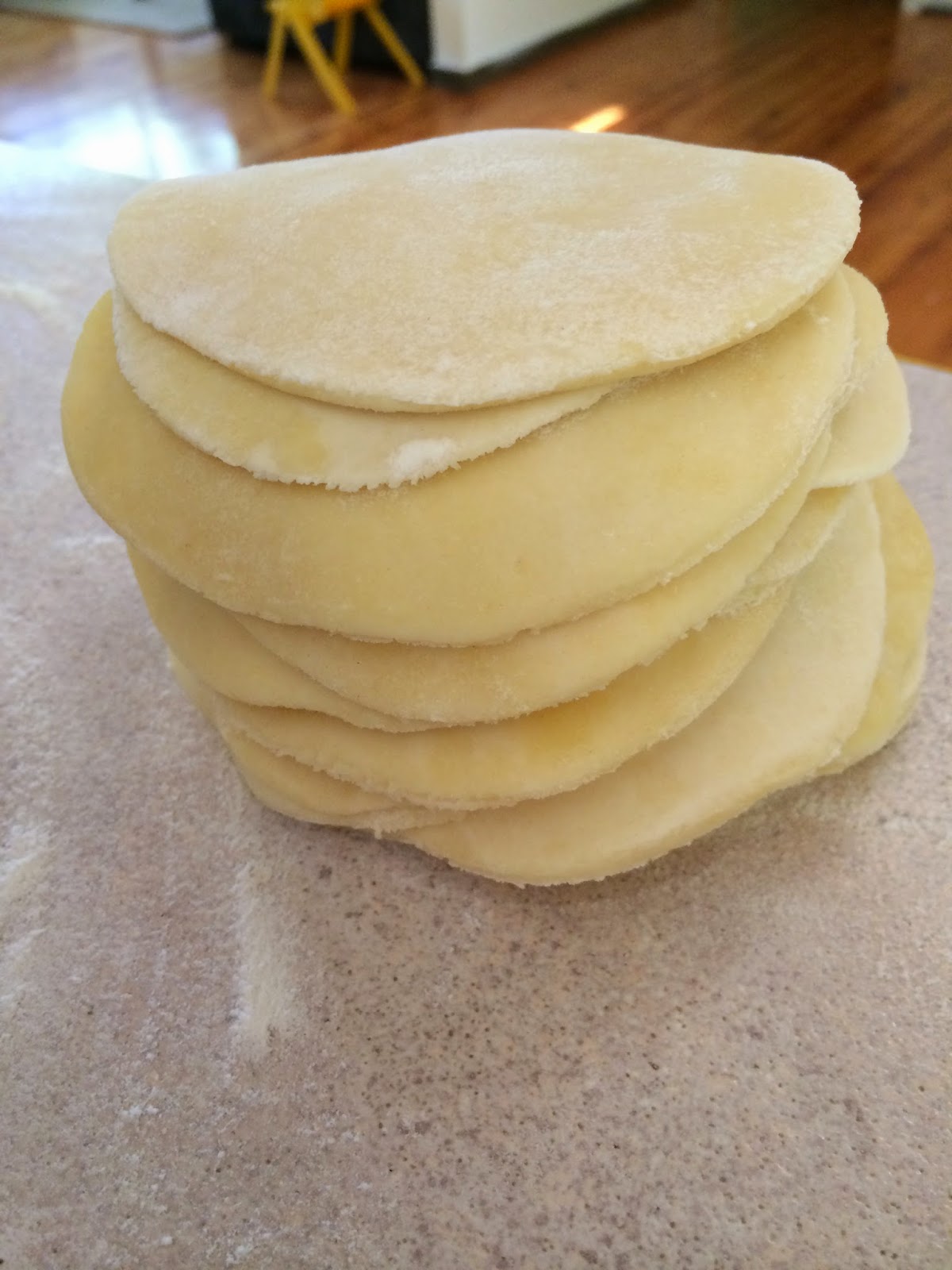 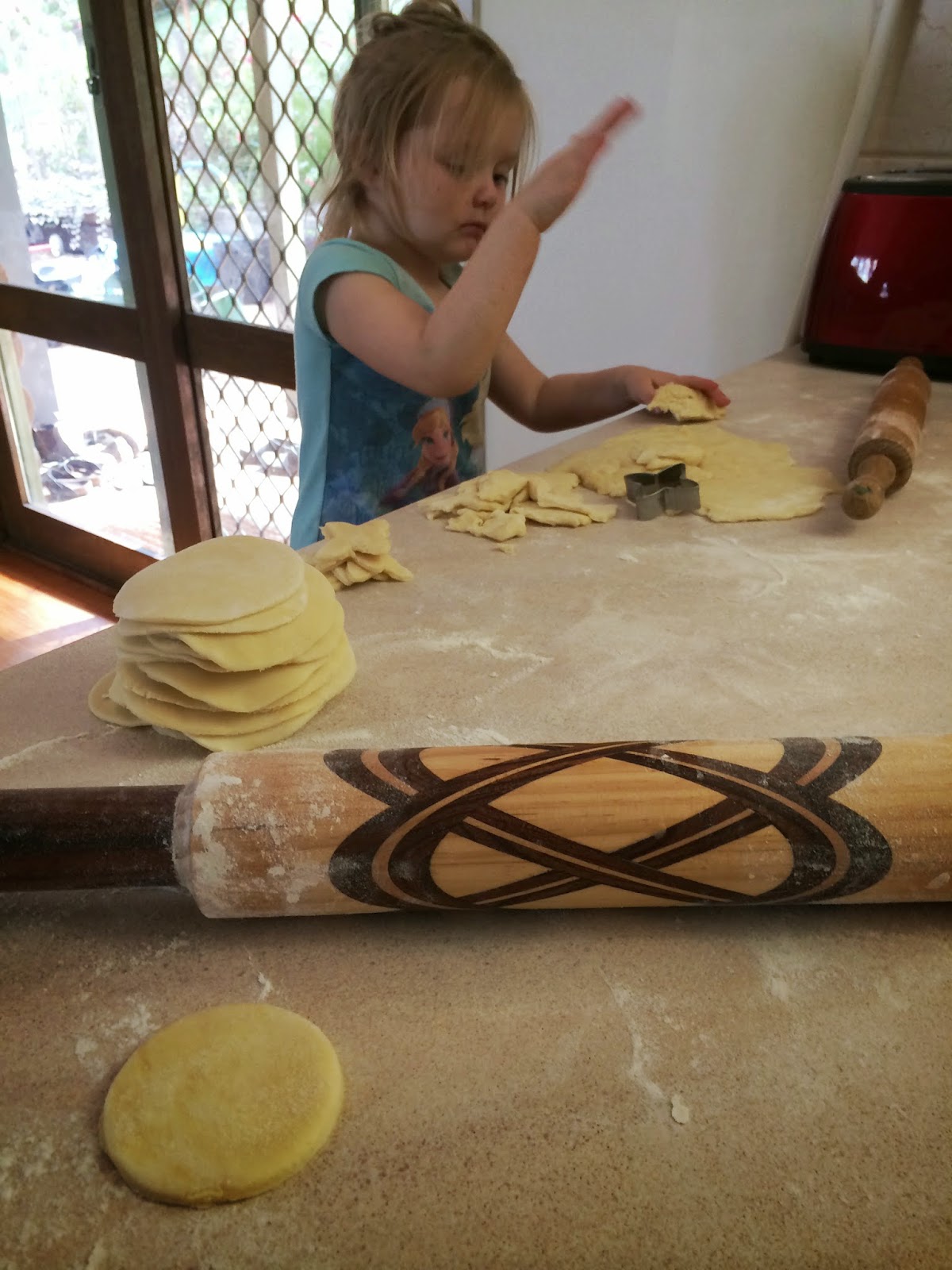 Take the mince mixture out of the fridge.  Take teaspoonfuls and put them in the middle of the pastry rounds, do this in batches of ten or more, so you have a bit of a production line going.  Brush around the edges with egg wash with one egg beaten with milk, and then fold the pastry over until it is a crescent shape, squeezing out any air. 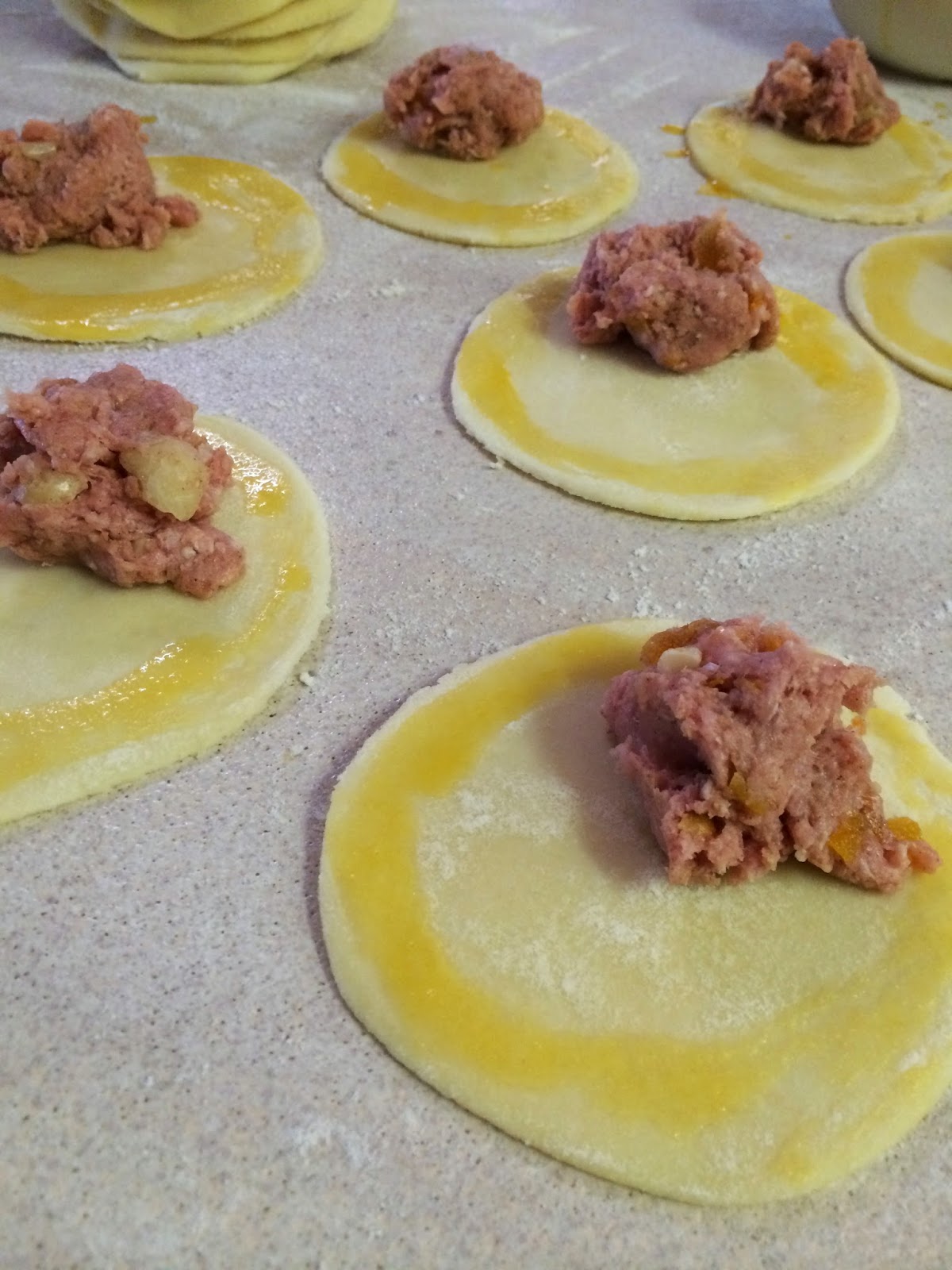 Finally, gently press the edges together with your fingers so they are sealed, and place onto large trays lined with baking paper.  Brush the tops with remaining egg wash. 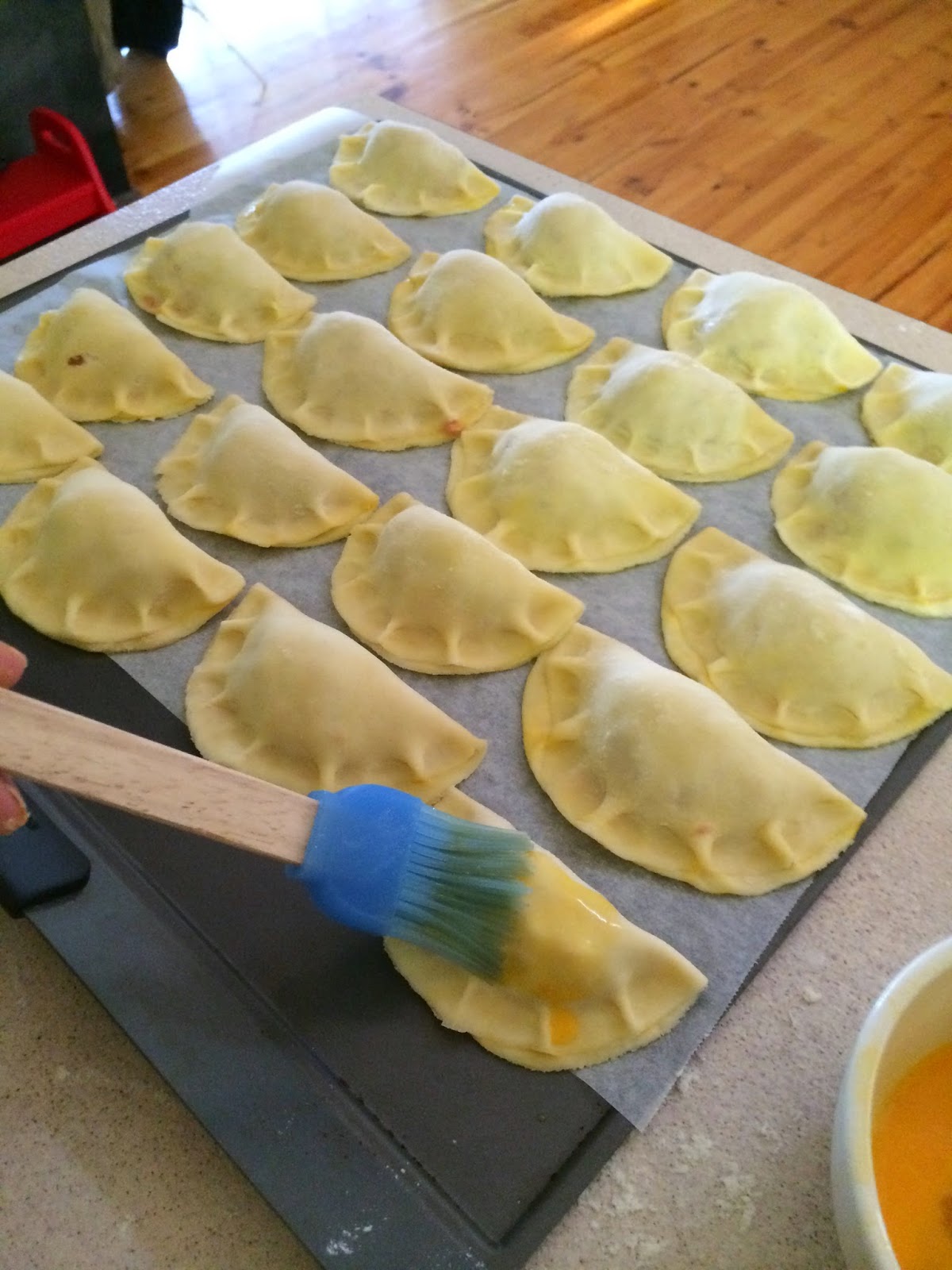 Bake at 200C for approximately 15 minutes, until browned on top. 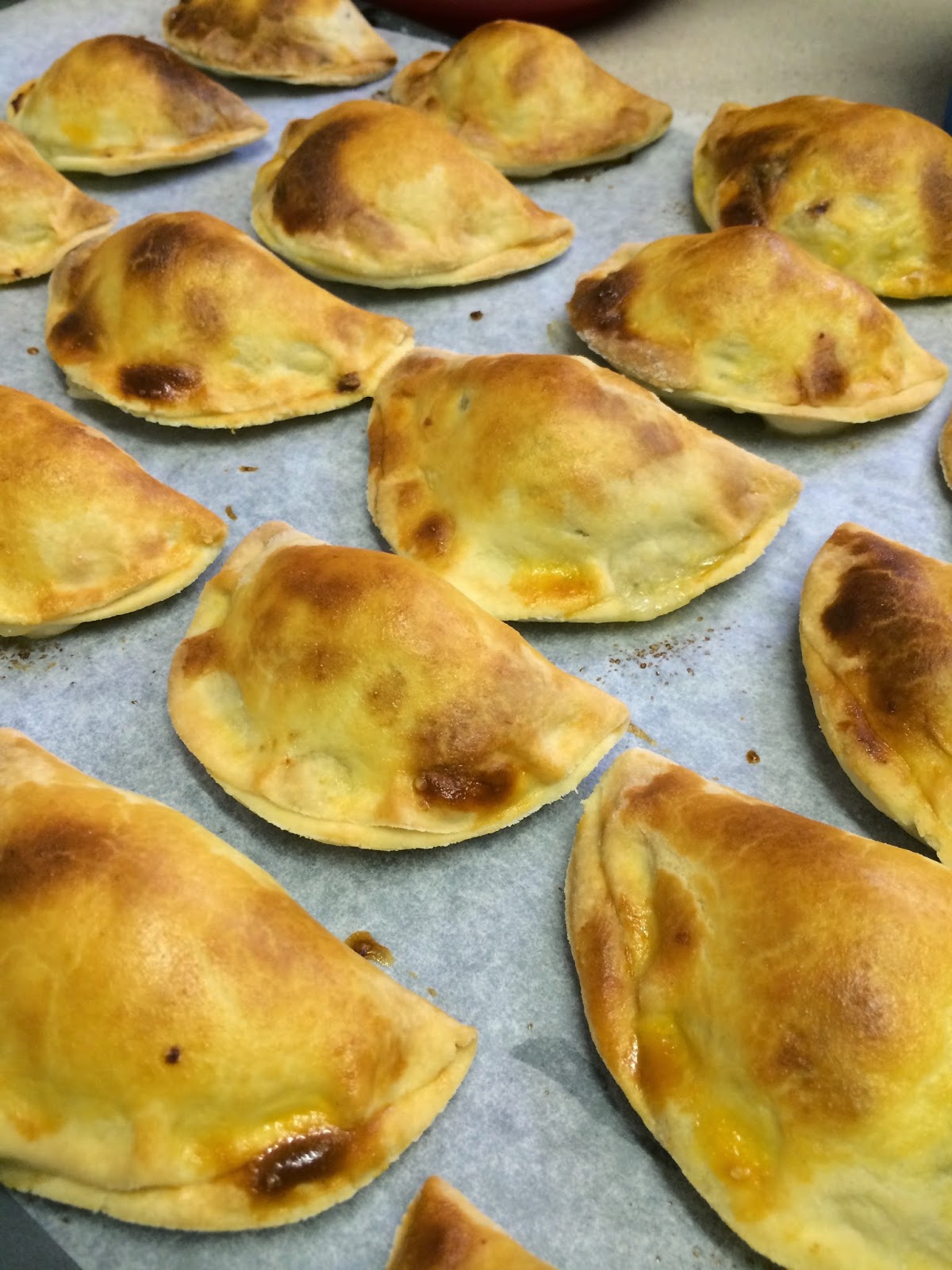 Feel free to adapt them to your taste.  Pork can be replaced with lamb, apricots with cranberries or raisins, macadamias with pine nuts or almonds.  Have fun!

Want to receive email updates? I promise we don't spam!

Some of my favourites...